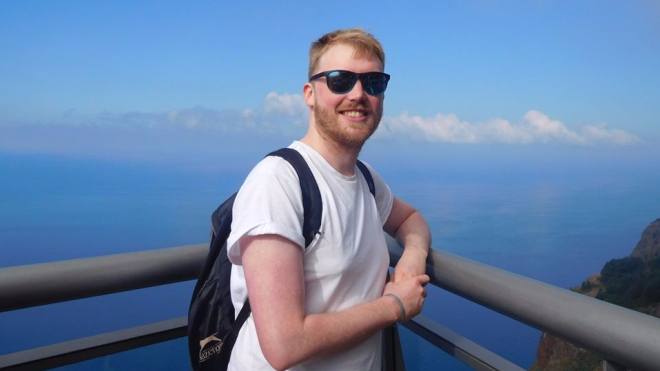 Back in 2013 I attended the first ever Big Comedy Conference.

As you may have guessed from the title of this post, it went pretty well.

But the Big Comedy Conference seemed different, for three reasons:

This is the true story (that inspired the Jim Carrey film) of how saying ‘yes’ to opportunities can change your life. I had a strong feeling that this was one of those times I was supposed to say ‘yes’.

#2: The reputation of British Comedy Guide

A lot of people run comedy events – conferences, classes, talks etc. Some are good. Some not so much.

Knowing that British Comedy Guide were organising this one gave me the confidence to know that this event was going to be worth it.

I’d tried (and failed) to make the comedy thing happen for myself. Maybe some professional advice from people who’ve actually done it wasn’t such a bad idea?

After all, if it worked out the way I hoped, that investment would be more than worth it…

But this isn’t about the day itself

Needless to say, the event was great. But I’ll leave it to other people to tell you what happened on the day.

Instead, I wanted to share how that decision to attend – the decision to invest in my dream – changed my life.

When I decided to attend the conference I was working in a salesy role. It was… well, let’s say it wasn’t for me.

I don’t think I expected the conference to really change things, but I thought it’d give me a fun hobby. After all, I really enjoyed writing, so maybe spending the evenings doing it would be enough?

The day before the conference I got an email from the organisers. They were running a last-minute competition – write a review of your favourite comedy gig, and you could win a press ticket to a charity show.

I wrote a review of a Lee Mack gig.

I went to the gig and wrote about it on British Comedy Guide.

That review went live in the December. I’d quit my job by the January.

I didn’t have anything else lined up, but I had a newfound confidence in my abilities, and a belief that I could get a job more like what I was looking for…

While job hunting, I had an interview with a charity looking for a “Press and Social Media Officer”. I had zero press experience, but a shitload of social media experience. That’d probably be the biggest day-to-day part, right?

I found that out during the interview itself. Eesh. So instead of trying to blag my way through an interview for a job I’d be terrible at, I decided to talk comedy instead.

I discussed how they could organise a comedy night. I detailed the comedians on the circuit who had mentioned an interest in the cause, venues that could work etc.

After all, I wasn’t getting the job so I might as well do something to help.

They called me a couple of hours later. I didn’t get the job (shock).

“But we were really impressed by your ideas for the comedy night – how would you like to come aboard for a different role and organise it for us?”

And even years later, I still can’t quite believe it.

3) I tried stand-up myself

Look, I’m nothing special. The thought of performing stand-up comedy scared the bejeesus out of me. It was never something I thought I could do. I don’t have the confidence or the ability.

So I said that to the MC for the comedy nights I organised, a wonderful comedian called Rob Thomas. And I truly meant it as a compliment – I thought there was some magical ability that comedians had that I was lacking.

Then one day he sent me a link to a comedy night. It was for absolute beginners. And it was for charity.

So I did it. Something I never thought I could possibly do. Something I definitely never would have done without the Big Comedy Conference.

I got up on stage in front of 500 people to try to make them laugh.

And what’s more incredible – some of them actually did.

You can read more about this adventure here.

Or you can watch the video below. But be kind – it was for charity.

Remember I said I went to the Big Comedy Conference because of Danny Wallace?

Well years later I sent him an email and asked if he fancied being interviewed about Yes Man.

And I got to spend a sunny afternoon at the pub with one of my absolute heroes.

Then remember when I said it was a review of Lee Mack gig that got me my first ever writing slot? Well I managed to get Lee involved as an ambassador for that charity I was working for.

Genuinely one of the most exciting moments of my life was getting an email from a “Lee McKillop” and thinking “Why do I know that name…?”

If I could go back and tell 18-year-old me either of those anecdotes, I think he’d be pretty happy with where I ended up.

5) But the biggest way it changed my life? It gave me the confidence to know what I wanted to do with my life.

It’s been a few years since that first Big Comedy Conference. A lot has changed since then. But the biggest thing for me is that I can now proudly say that I’m a full-time writer.

I’ve won awards for comedy blogging. I got my first BBC writing credit. I’ve written for some of the biggest brands in the world (and a fair few charities too).

I still do the comedy thing where I can too (hell, I wrote this guide to how to use comedy in marketing). But every day I get paid to write words for people.

And it probably never would have happened without the Big Comedy Conference.

Invest in yourself. After all, who else will?

Conferences aren’t magic. None of what happened to me came about from merely buying a ticket.

But the knowledge I gained from the conference, the people I met, even just the realisation that there are people who make a living doing the very thing I wish I could, all added up to a new mindset for me.

I’m not guaranteeing that it’ll do the same for you. But I can guarantee that the best way to keep your life exactly how it is is to do nothing to change it.

Just remember: I’m nothing special. So imagine what investing in yourself could do for you.

Sign up for the Big Comedy Conference now and you can get their super-cheap early bird special too. Check it out.